Canarinho, the yellow canary with a furious face that represents some of the fans’ frustration after having lost the World Cup at home four years ago, has become a huge sensation everywhere it goes in Russia .

The bird, always dressed in Brazil’s traditional yellow and blue uniform, resembles an irate Tweety, the Looney Tunes character. Fans have even dubbed their feathered friend “Canarinho Pistola,” which translates to “Pissed Off Little Canary” or “Angry Little Canary.” 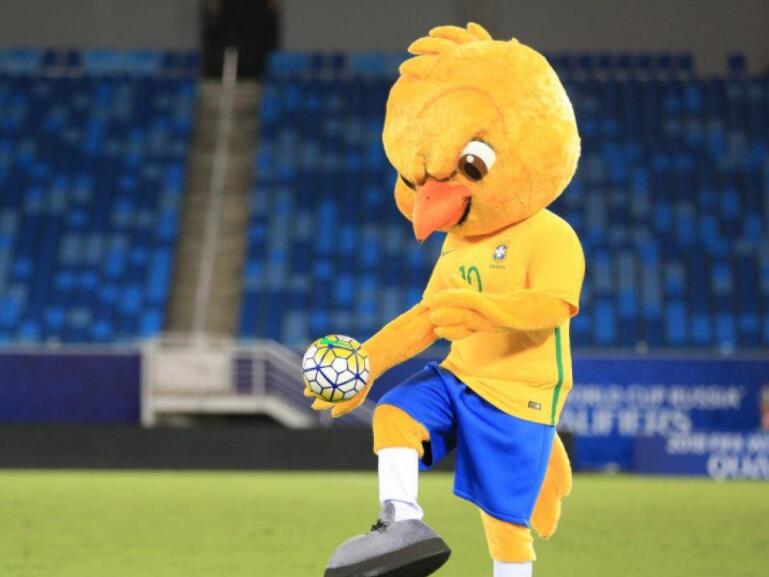 Canarinho boasts a “bad boy” attitude and has a tough-looking strut, contrasting to the cute image of the unpopular canary that had always represented the national team.

Brazil never fully embraced the tradition of mascots in sports, but things changed when the Brazilian soccer federation — inspired in part by Chicago Bull’s Benny the Bull — turned its nice little canary into a mad-looking figure to try to bring fans closer to the “Selecao” ahead of the 2018 World Cup.

“We wanted to represent this desire of the Brazilian to always want to win in soccer,” federation marketing director Gilberto Ratto told The Associated Press in Russia. “The mascot has the face that every Brazilian puts on when they are about to go play soccer, always with that determination to win. It’s the type of expression we would expect to see in Neymar’s face in a World Cup final.”

The idea was to give the mascot a look and demeanor that would bode well with a younger generation, and the canary has a similar personality as the one displayed by Benny the Bull, which became popular in the United States for trolling fans and taunting opposing players during games.

The federation tried to use a mascot with a nicer face in social events last year, but it quickly had to give up on the idea because everyone kept asking for the meaner-looking mascot.

The new canary is not allowed to appear at matches in Russia because of FIFA’s rules protecting the official World Cup mascot, Zabivaka the Wolf, but it accompanies the Brazilian squad almost everywhere it goes, appearing outside stadiums before matches and in some training sessions. 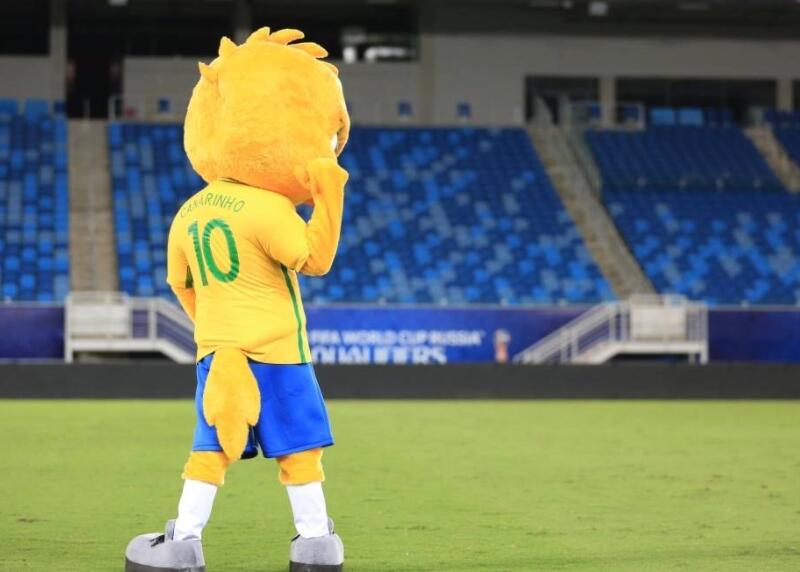 The canary was already in Kazan ahead of the team’s match against Belgium in the World Cup quarterfinals on Friday.

Fans loudly chanted the mascot’s name as they waited for Brazil players to arrive at the team’s hotel for a recent game in Moscow. They went crazy when security guards — apparently thinking the mascot was a supporter trying to sneak in — took it away from the reserved team area in front of the hotel.

The canary didn’t think twice and joined the partying fans, playing the drums with them and taking dozens of selfies before being allowed back inside after a quick intervention from Brazilian officials.

The mascot, which already has hundreds of fake profiles on social media, also often displays its good soccer skills by doing kick-ups to impress fans.

And fans loved it, just as they’ve been loving their World Cup mascot. 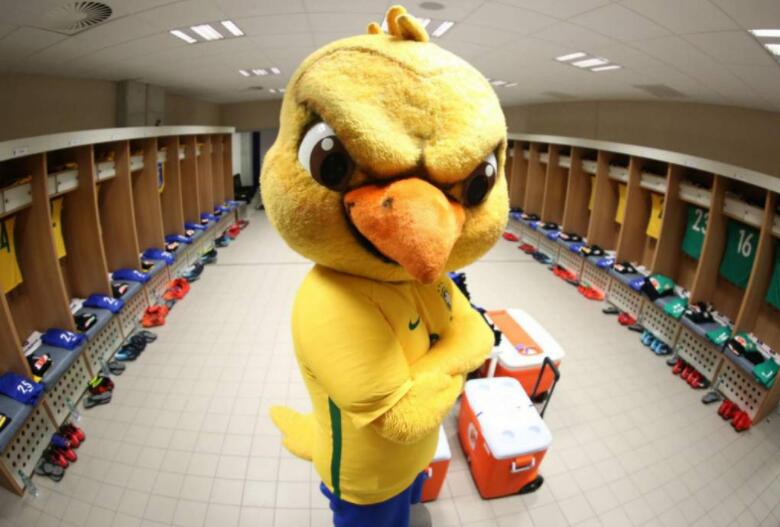